Have you ever been to a camel race? It’s a real sport that is somewhat popular in the Middle East and Australia. I’ve always thought of camels as slow, thirsty lumps of fur that like to plod around deserts, but apparently they can run up to 40 miles per hour!

If you don’t live near a camel racing circuit but you’re dying to get a taste of that sweet camel action, Camel Up could be the perfect game for you. It is a quick, wacky betting game with some unique and charming components. Five camels are racing to the finish line, and your job is to gamble your way to a large profit. Sounds easy enough, but choosing the right camels is easier said than done.

In the box you’ll find a game board, 5 stackable camels, 5 dice (numbered 1-3), 40 race betting cards (5 for each player), 8 desert tiles, 15 leg betting tiles, 5 pyramid tiles, some coin tokens and bill cards, and finally the main attraction: a big pyramid that lives in the middle of the board (which you’ll have to assemble before your first game). The pyramid is a glorified way to roll dice in an ordered way. Basically, you shake up the pyramid with the dice in it, place it upside down on the table, push the lever, and a single die is released.

To begin, each player chooses a character and takes their corresponding race betting cards, their oasis tile, and three coins. The leg betting tile and pyramid tile decks are placed on their spaces on the board. The camels are placed randomly at the starting line by rolling the five dice (the number on the die determines which space the camel of the same color starts at), then the dice go into the pyramid.

Once all five dice are rolled and thus all camels have moved, the leg ends. All players receive their payouts (or losses) for their leg betting tiles and pyramid tiles, and take back their oasis tile if they placed it. All the dice then go back into the pyramid and a new leg begins.

This continues until a camel completes one lap around the track. At that point, the final payouts are calculated, and whoever has the most money is declared the winner.

Camel Up, at its core, is a series of high-stakes dice rolls. All the actions besides rolling the dice are forms of bets that the dice rolls will go a certain way, so situations where the outcome of one roll is decidedly important are common. If you love the experience of everyone at the table anxiously focusing as the dice are being rolled, and the cheers and jeers that follow, few games achieve it better than this one.

As you’d expect, this means that luck plays a major role. It’s basically a gambling simulation after all, so if you want to win then having some good fortune certainly helps. This is exacerbated at the higher player counts. The more players there are, the less actions you get each leg, and the more important it is that the dice roll in your favor.

That being said, the game isn’t a complete crapshoot either. It’s all about determining the most likely outcomes and weighing the risk and reward for every decision you make. In fact, if you’re talented at figuring out probabilities in your head, this game can offer some pretty intriguing puzzles if you care to solve them. Most people will probably pick a camel that looks good and cheer for it, but there is that extra bit of depth for the players that enjoy optimization.

This game fits into an interesting category: it feels like a typical family game, but thanks to the high player counts, short length, and ease of play, it can feel like a party game as well. It makes the game unconventionally flexible; there aren’t many situations where this game doesn’t work well. You can pull it out with pretty much any group, everyone understands it after a turn or two, and it’s a short burst of engaging fun every time.

The player interaction comes from trying to get higher rewards by making bets before your opponents have the chance to. Often the quicker decisions are also the riskier ones, so paying attention to what decisions opponents have made and are likely to make in the future is essential.

The game’s biggest weakness, in my opinion, is its replayability. Obviously the variance is reasonably high in that different camels will win each time and the movements can vary drastically, but that doesn’t change the fact that you get the same four choices every single turn. It’s the type of game that you pull out every once in a while for a few laughs, not the type that you'll think much about after it's put away.

The star mechanic has to be the stackable camels’ movements. The fact that camels can ride on top of other camels makes it so that there’s usually a chance for the last place camel to make its way all the way to first place in only one leg. It keeps the race close, it’s goofy and fun, and stacking the cute little camels is just satisfying for some reason.

I‘ve got to give props to the creators of Camel Up for the effort that was put into the game’s presentation. The physical components add more value to the overall experience than most games do. The pyramid contraption as well as the stacking camel figures add an additional layer of fun that taps into people’s childlike desire to play with toys.

All the components are solid. I thought the pyramid was a bit ridiculous when I first saw it, but it works very well and I’ve grown to love it. They could have just included a bag for the players to pull a die out of and roll it, but they went the extra mile with the pyramid, and it is indeed way cooler that way. The pyramid does require an elastic band, and my first one broke after five plays or so, but they included two spares so hopefully those last me a while.

The wooden camels are big, chunky, and fun to stack. The theme of camel racing is a unique and interesting one, and even though the mechanics are far from realistic, it does make me feel like a gambler at the racetrack, which is pretty cool. The cartoony art is lovely, and the whole package feels cohesive in that all the components feel like they’re part of the same world.

Camel Up is like a game, a toy, and a show all in one. Betting on your favorite camel, sweating through a few dice rolls, and watching crazy leapfrog comebacks make this game a one-of-a-kind experience. It might not engage your analytical mind much, but it’s a perfect filler for all kinds of situations. It’s flexible, charming, and goofy, and the memorable components make it worth a play or two. 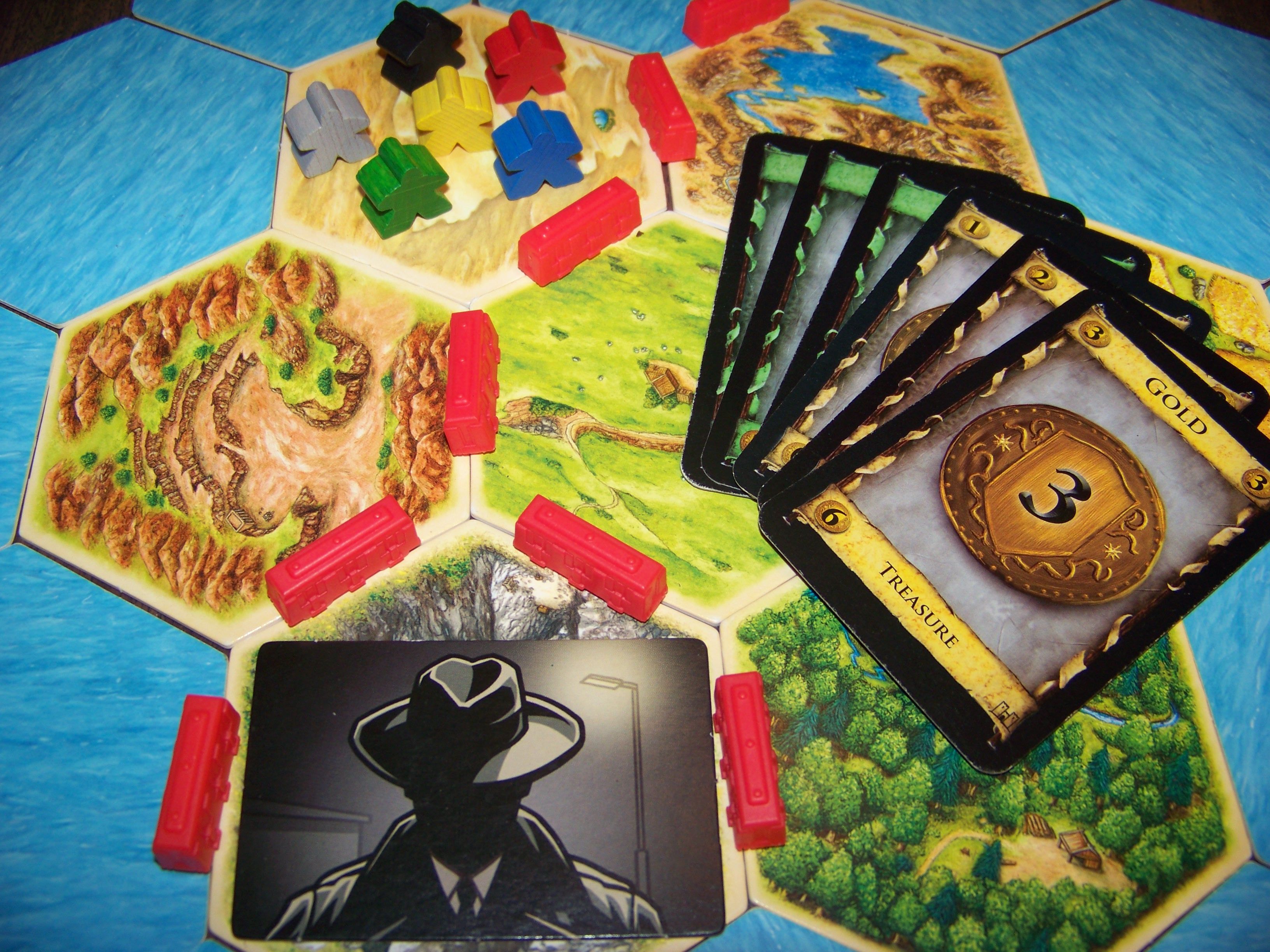 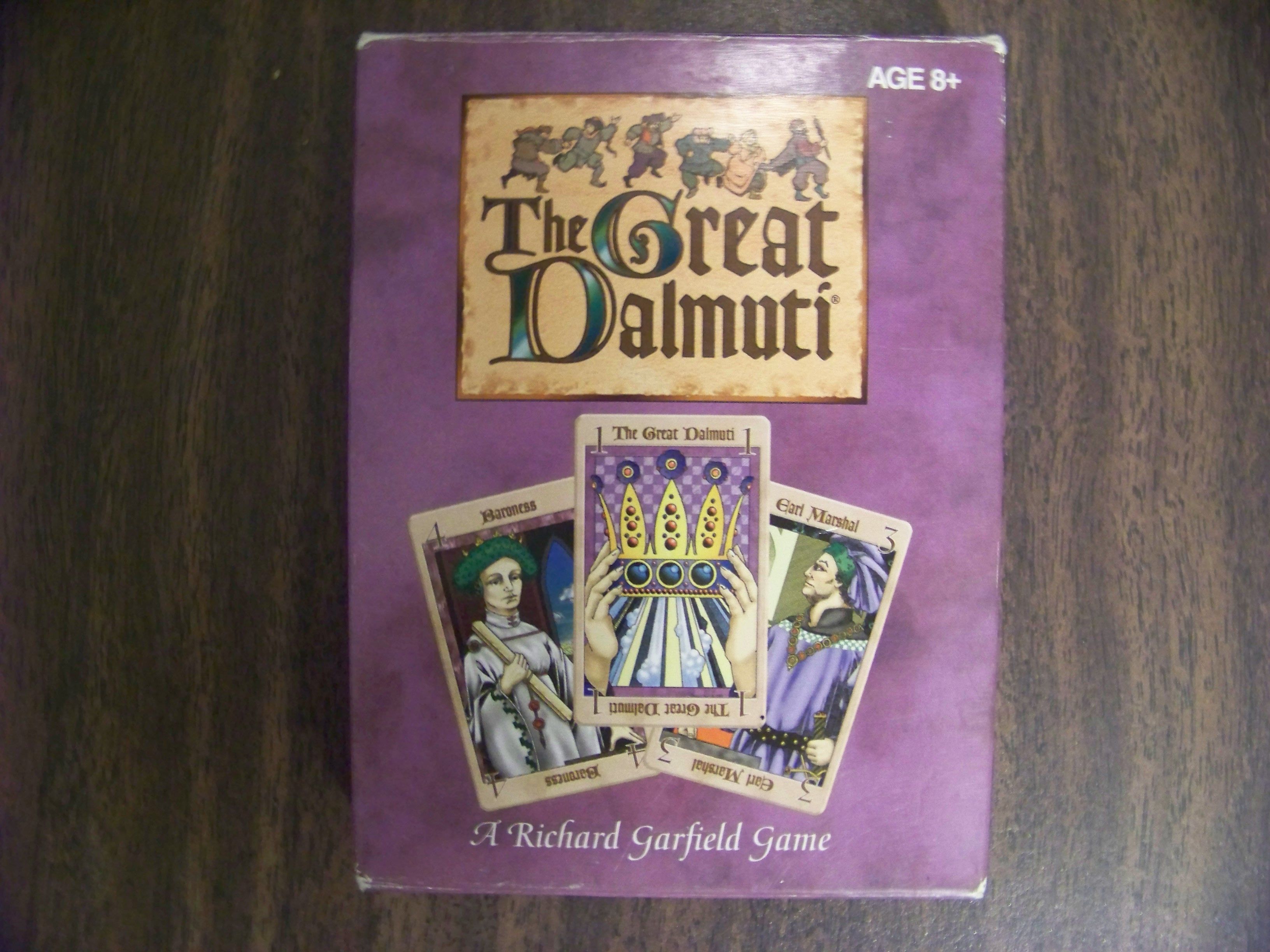 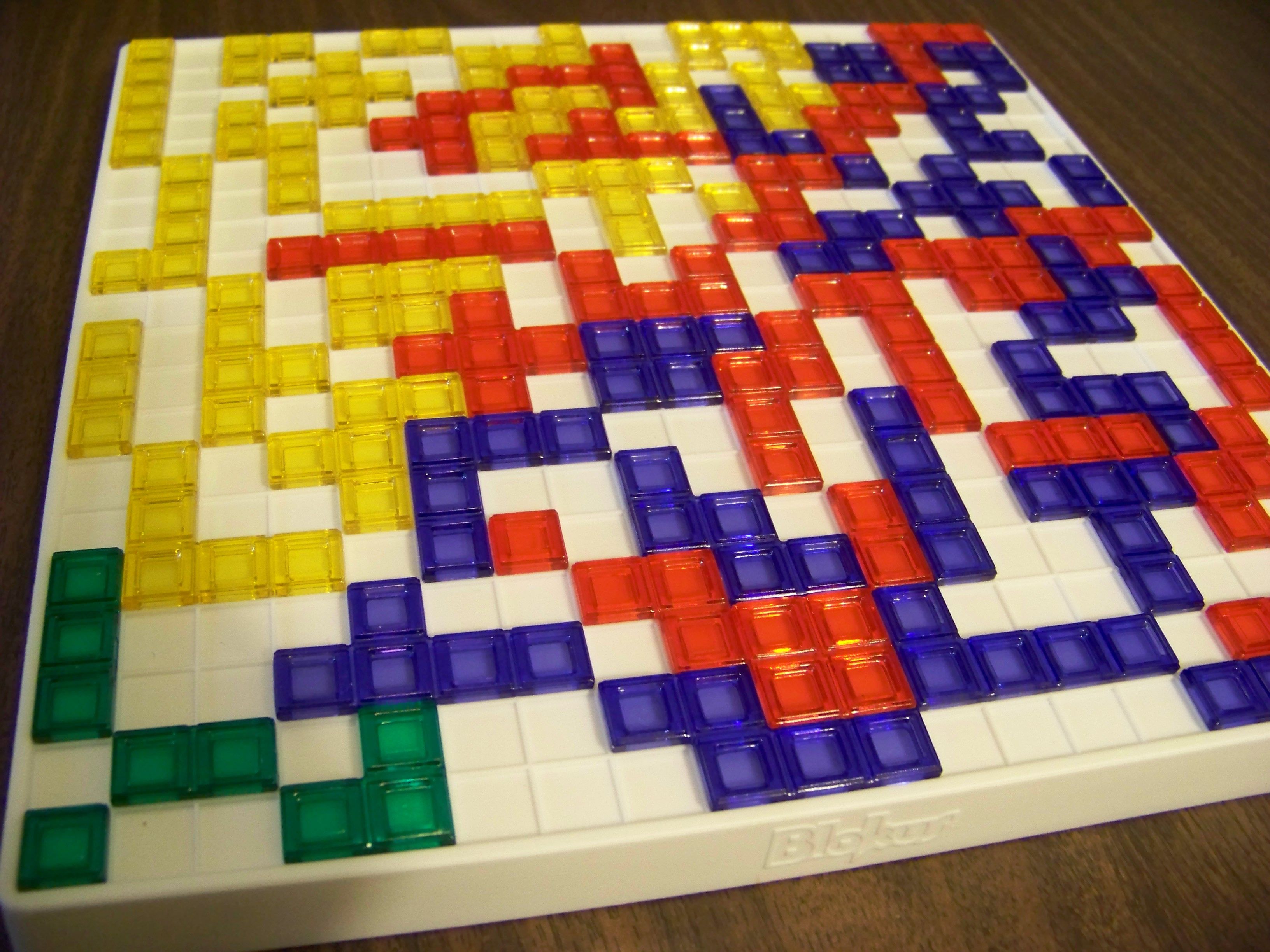 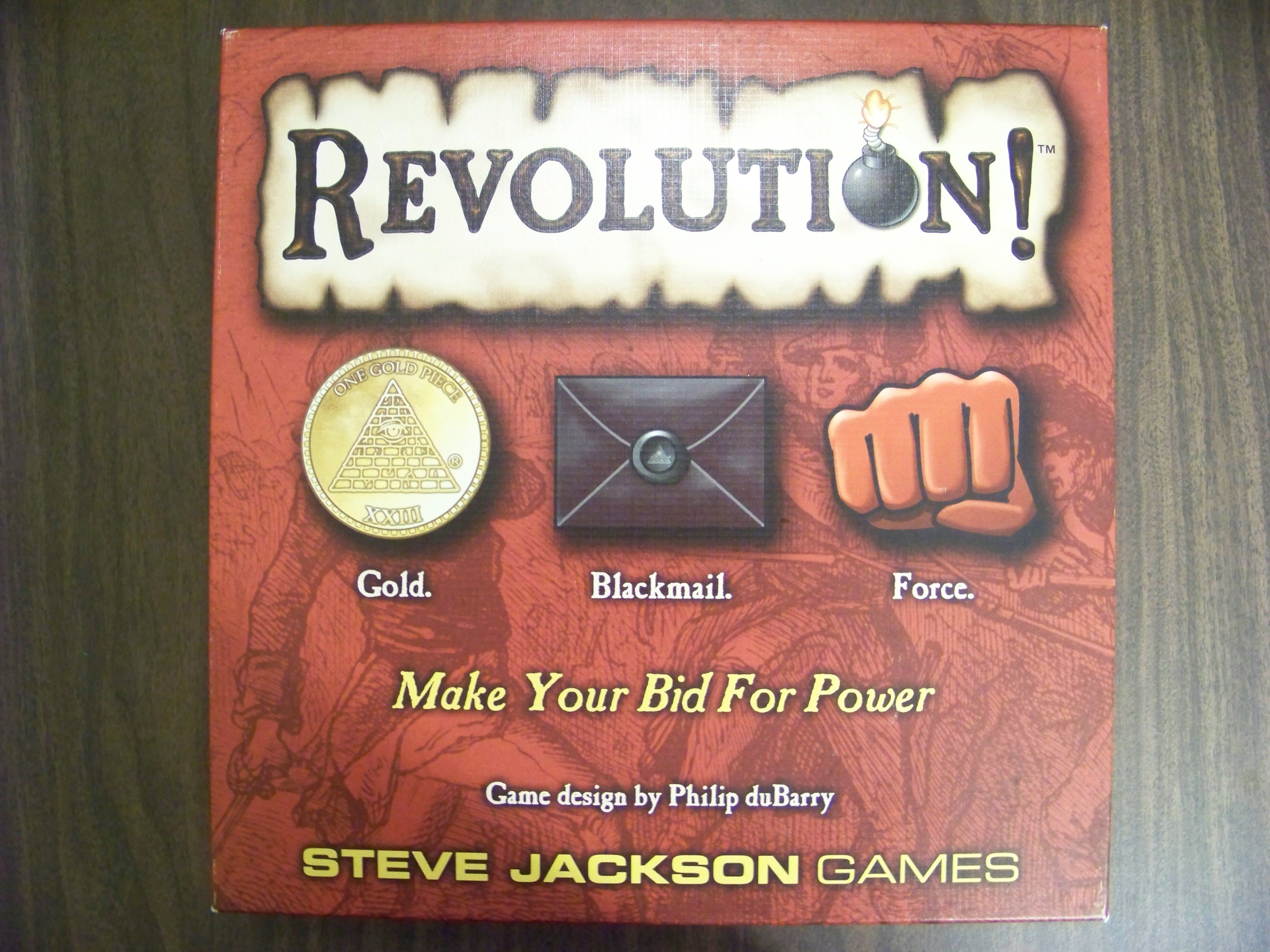