For my first review, I’ll be covering the game that really sparked my interest in hobby gaming, King of Tokyo. Back in 2013, my good friend introduced me to this game and I was incredibly impressed by it. So impressed, in fact, that when I got home that night I googled the game to learn more about it and see if there were other games like it. Of course I stumbled across BoardGameGeek and instantly fell in love with all of its lists, statistics, and of course the community. I couldn’t believe that there were all these great games out there that I had never heard of, and it didn’t take long for them to become a small (maybe not so small...) obsession. Looking back, it’s amazing how much that one seemingly uneventful day in 2013 influenced me; I don’t start a lifelong hobby every day.

Anyway, you probably want to know about the game (isn’t my life story more interesting though?). King of Tokyo is like Yahtzee, but instead of filling out a scorecard you’ll be battling your opponents’ monsters, upgrading your powers, and destroying Tokyo. Sounds pretty sweet, right?

I should note that, at the time of writing this review, a fifth anniversary edition of this game was just released. From what I understand, the changes that were made in the new edition are purely aesthetic. I don’t know why IELLO felt the need to rework this game (the original game looks great to me) but I don’t think it matters much which version you get (unless you’re thinking about getting expansions). The version in the photos is the first edition.

Each player chooses one of six monsters to play as, starting with 10 health and 0 victory points. Players then take turns rolling the six special dice with a chance to reroll chosen dice twice before resolving them. Each side does something different:

There can only be one or two monsters in Tokyo at any time (depending on the number of players remaining), and in order for a monster to enter Tokyo, it has to attack into Tokyo, and one of the monsters in Tokyo has to retreat. The reason a monster might want to enter Tokyo is because the longer it’s in there, the more victory points it generates and the more effective its attacks are. But since monsters are so vulnerable in Tokyo and they can’t heal, they usually aren’t able to stay in there for long without dying.

Players are eliminated if their monster’s health reaches zero. The game ends when there is only one monster left standing, or a monster reaches 20 victory points.

It’s clear that King of Tokyo was designed to provide a casual and thematic gaming experience that anyone can enjoy, and it does that extremely well. Most people will be able to figure this game out very quickly after beginning play because it’s so intuitive, and that makes it perfect for game nights with the family or other people that aren’t hardcore gamers. It actually does feel like you’re clashing giant monsters against each other and terrorizing the city. Impressively, it accomplishes all of this without sacrificing too much strategy.

Like any dice game, there is a significant amount of luck involved. Obviously you can’t always control the outcome of the dice (although this is mitigated by allowing two rerolls), and you can’t always control which cards you or your opponents get (and some cards are clearly better than others). Other than those two things, though, the core mechanics offer pure strategy. Deciding which dice to reroll/which symbols to go for, when to buy cards and which cards to buy, whether to push for victory points or damage, and especially whether or not to stay in Tokyo after taking damage all provide interesting and tense decisions that affect the final result. This design makes for the perfect blend of luck and strategy; smart decisions are important, but any player always has the chance to win.

The star of the game is the king-of-the-hill mechanic where the monsters all vie for control of Tokyo because it creates organic player interaction. Everyone wants to be in Tokyo but nobody wants anybody else to be in Tokyo, so players often have to work together temporarily to usurp Tokyo’s reigning monster, even if it's otherwise against their best interest. This power balance is so simple but it creates so many interesting interactions.

The box says the game is for 2-6 players. In my opinion, it’s not even worth setting up if you only have 2 players because a lot of the player interaction that makes the game great goes out the window. The game is OK at 3 or 6 players, but it can definitely drag on at higher player numbers. The time it takes to finish this game can vary wildly based on the outcomes of the dice as well as the strategies of the players. If nobody wants to go for victory points (who would when you could vaporize your friends instead?), the game could take quite a bit longer than 30 minutes.

One thing that’s a bit frustrating about this game is that it often lacks a satisfying ending. A player could roll a bunch of 3s, never attack, and win, for example. I almost wish it wasn’t possible to win with victory points because it seems like it goes against the giant monster battle royale theme. Counting to twenty just isn’t as fun as destroying everyone in your path.

The game does feature player elimination as well (perhaps the most frowned upon mechanic in all of gaming). I don’t see this as a big deal as long as the game finishes soon after the first player is eliminated. Unfortunately, this doesn’t always happen. The player elimination is certainly a detriment, but most of the time the game is short enough and entertaining enough to watch that it isn’t a huge issue.

The game looks great and the components are solid. The monster characters are creative and the art on the cards do an impressive job of representing the theme. I especially like the player boards that track the health and victory points of each monster with two moving wheels; more games should adopt this system. They even included a (mostly unnecessary) game board with helpful visual reminders that make teaching the game even easier than it already is. Overall, no complaints; it’s a solid production.

This expansion comes with a new, awesome character, Pandakai, as well as a deck of evolution cards. Each character gets their own set of unique evolution cards, and this is where the expansion shines. Now, instead of the monsters being functionally identical, each has its own personality. The King (my favorite), for example, has cards that help it keep control of Tokyo. Cyber Bunny, on the other hand, has cards that let it improve energy efficiency and therefore buy more cards. Each monster now feels different and this allows players to explore different strategies by playing different characters.

If you play this game a lot, I would absolutely recommend this expansion. Whenever I assess an expansion for a gateway game like this one, two things are important to me. I want the expansion to add variety, but I don’t want it to add a bunch of rules that will confuse new people. This expansion adds so much variety and flavor to the game by adding only one rule (roll three hearts and draw an evolution card). Perfect.

King of Tokyo is a perfect example of how a great theme and visual presentation will take a game far. It wraps solid mechanics around an entertaining genre, keeps it simple enough for the average person to understand quickly, but provides enough strategy so that gamers enjoy it as well. It isn’t particularly innovative, and the player elimination can take away from the fun, but at the end of the day the elegant interactions and excellent components are what people will remember. For those times when you just want to roll some dice and have some healthy competitive fun, you can’t go wrong with this game. 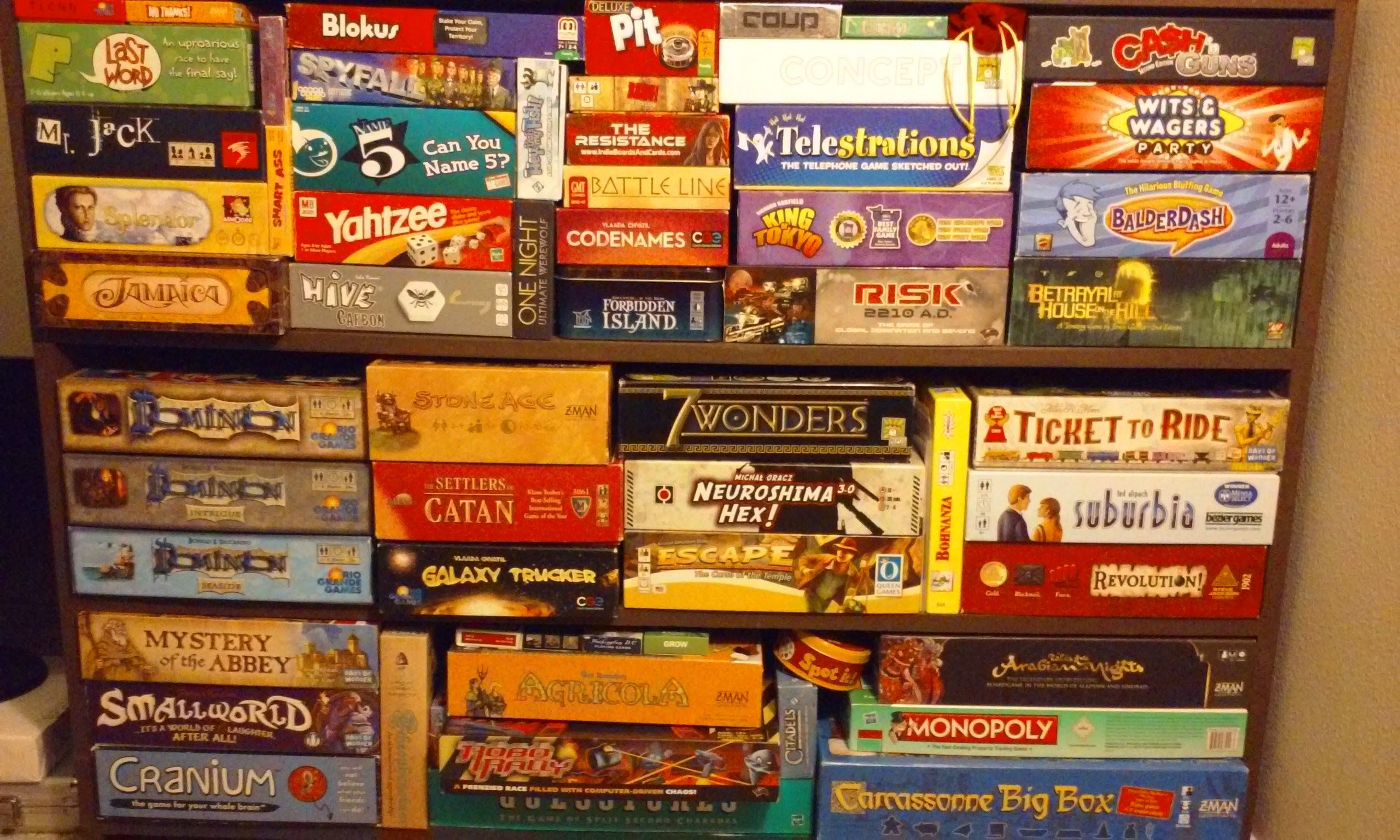 The potato has launched.