Board Games vs. Video Games

Identifying the strengths and weaknesses of each medium.

I have always loved games. When I was younger, my main pastime was video games. I must have put hundreds of hours into games like Super Smash Bros. Melee, Rome: Total War, and even today I still play Hearthstone regularly.

Throughout the past half-decade or so, I’ve realized my interests have shifted dramatically. Nowadays I’d much rather play with some cardboard and dice than play the latest AAA release, and I often wonder why. It sure seems like the video game industry has a lot to offer: their budgets are much bigger, and there are a lot of things you can do with processors that you simply can’t do with playing cards.

I have tried my hand at designing both board games and video games, so when I get an idea for a game, I often think about where it would fit best. Sometimes I play board games that could be so much better if they were video games instead. The more moving parts there are in a game, the more necessary it is to let a computer keep track of everything instead of making the players do it. Just look at all the stellar board game apps coming out in recent years; this is evidence that video games, in a lot of cases, are able to provide the same experiences that board games do.

It sure seems like video games have all the advantages. So what is it that we love about board gaming that sets it apart? In this article, I’ll compare the two gaming mediums in an attempt to figure that out. Even with all of video gaming’s advanced graphics, epic campaigns, and endless content, there are still some experiences that only tabletop games can offer.

Some people use gaming as a way to escape the real world for a while and assume a new role. In Halo, you’re a space marine fighting a war against an alien alliance. In Pandemic, you’re a member of a disease-fighting team trying to prevent a global catastrophe. Exploring new and exciting situations that would never happen in real life is a fantastic part of gaming, and it’s one of the reasons why theme is so important.

It is tough for board games to compete with video games when it comes to immersive gaming experiences. Video games often have a team of writers, soundtracks, and sometimes hundreds of hours of content for players to explore. Take a look at World of Warcraft for example. The game allows players to craft their own fantasy character that they identify with. It allows them to exist and grow in another world, and it doesn’t get much more immersive than that (in this case it could reach an unhealthy level).

That’s not to say that there aren’t immersive tabletop gaming experiences as well. A well-moderated Dungeons & Dragons campaign could be just as immersive (if not more immersive) than any video game. For board games though, truly immersive experiences are a bit rare. It is definitely possible, but there are several handicaps. Time constraints, stationary components, and general distractions all get in the way of immersion.

Most board games don’t even have a significant story. You can save a video game and come back to it later but you can’t leave a board game on the table all week. This means that a board game needs to provide its full experience to players in a very short amount of time, and it’s a lot harder to tell an interesting and unique story every time players set up the game. Most games restart after each play. Perhaps with the recent success of Pandemic: Legacy, which does a great job of addressing this problem, we’ll start seeing some more creative ways to add a sense of progression when playing the game multiple times.

In video games, the visual game elements are constantly moving and changing, and that isn’t always the case with board games. Pieces on the board may move occasionally, and when you draw new cards there are new things to look at, but in general the game is stationary. It is a lot easier to feel immersed in a world that is constantly active than one that is still and sporadic.

I’m not trying to say that there aren’t amazingly immersive board games out there, because there certainly are. When I play Escape: The Curse of the Temple, it really feels like I’m in the temple scrambling for my life and everyone else’s. This solves the stationary component problem by including frantic dice mechanics, and building the temple is quick and visual progression. Another great example is Betrayal at House on the Hill. It creates a unique story each time by using thematic encounters and unique characters and even including drastically different plot twists that make the game fresh every time.

As a general rule though, if I’m looking for an immersive experience, I’ll play a video game. The game worlds that exist in some video games are just massive compared to anything in the board game market. Immersion is a tough thing to accomplish in a board game, so those games that are able to do it well are truly something special.

Humans love to overcome challenges, and games are a condensed and fun way to do that. Challenge is an interesting thing because there is a fine balance to consider. Nobody likes losing of course, but if you win by too much it feels like you didn’t really accomplish anything. If a game is too difficult then players will get frustrated, but if a game is too easy then players will get bored. Is there a difference between how board games and video games provide challenges?

One kind of challenge is created by the game itself. A lot of video games have a campaign or story mode where the player’s goal is simply to reach the end of a sequence of levels. Back in the NES days, games were more difficult to complete and beating a game was a big deal. That challenge usually isn’t so severe in modern games, but the idea is that players have to improve their skills throughout the game because the difficulty increases as they near the end. It’s a classic concept and it works.

This kind of challenge can also exist in board games, but it’s less common. It is particularly evident in cooperative games; it’s a great feeling when you finally beat a really difficult game after 20 failed attempts.

Sometimes a game is so engaging that mastering the game becomes a challenge in itself. I remember the first time I tried learning how to play Go… I couldn’t even beat the computer on easy mode (and I’m still terrible at it). Anyway, that’s a game so deep that you could spend your life practicing it and never master it. I’d say that’s a challenge. With the rise of eSports, we’re starting to see this kind of dedication to games like Starcraft and League of Legends.

My favorite kind of challenge though, is good old PvP competition. It’s one thing to win against a computer program, but until artificial intelligence improves a little bit more, it just isn’t the same as winning against another thinking and breathing person. Both mediums implement this in different ways, and this is one place where board gaming really shines.

Board gaming fosters friendly competition better than video gaming, in my opinion. At the end of a board game night, even if I lost every game, I still had some good conversations, made connections with people, and got my competitive fix at the same time. Online gaming is amazing, but it can be a bit...toxic. Split-screen gaming is becoming rarer and rarer. Video gaming is about games. Board gaming is about people and games.

Games are, by definition, interactive. Players have the ability to control some aspects of the overall experience. This is what makes games a unique form of entertainment, and it’s the main reason why I’d much rather play a game than watch a movie or read a book. Interactivity comes in many forms though, so let’s take a closer look at how each type of game achieves it.

Usually when people talk about interactivity, they’re usually talking about interacting with the game itself. The Mass Effect series has an epic and interactive storyline that changes based on the decisions the player makes. Carcassonne is interactive because the players get to decide how the game board will be built and where the meeples go. One way to look at it is, the more choices a game gives you, the more interactive it is. Both mediums, for the most part, do this very well.

Video games can offer the player endless choices because the rules are programmed into the game, and the player doesn’t have to know what they are before starting to play. This is a big advantage, and when you combine that with the sheer amount of content you can cram into a video game compared to a board game, it’s tough for board games to compete. However, we shouldn’t underestimate the value of physical components, because there is definitely something inherently fun about chucking dice and simply touching things. A lot of us stare at screens constantly nowadays, so perhaps it is refreshing to step away and just play with some toys for a while.

Board gaming has one advantage, however, that video gaming doesn’t: board games can leverage in-person player interaction. Think about a game like The Resistance where players have to lie to each other’s faces and figure out who they can trust. Can you imagine playing a video game version of it? It simply wouldn’t work because it relies on human features that computers can’t replicate. Humans are social creatures, and with board gaming, interacting with friends and interacting with a game can be one and the same. When it comes to this type of interaction, video games can’t hold a candle to tabletop games.

There are a lot of different reasons why people enjoy games. There are fantastic designers out there that are capable of creating fantastic experiences on both mediums, and we live in a great time where we could never run out of games to try. Each medium has its strengths and weaknesses, and I think it’s important for us designers to keep them in mind. I want to see more fantastic and immersive worlds in video games, and I want to see better player interaction mechanics in board games. At the end of the day though, games are games, and they’re fun. I’m going to go play one right now. 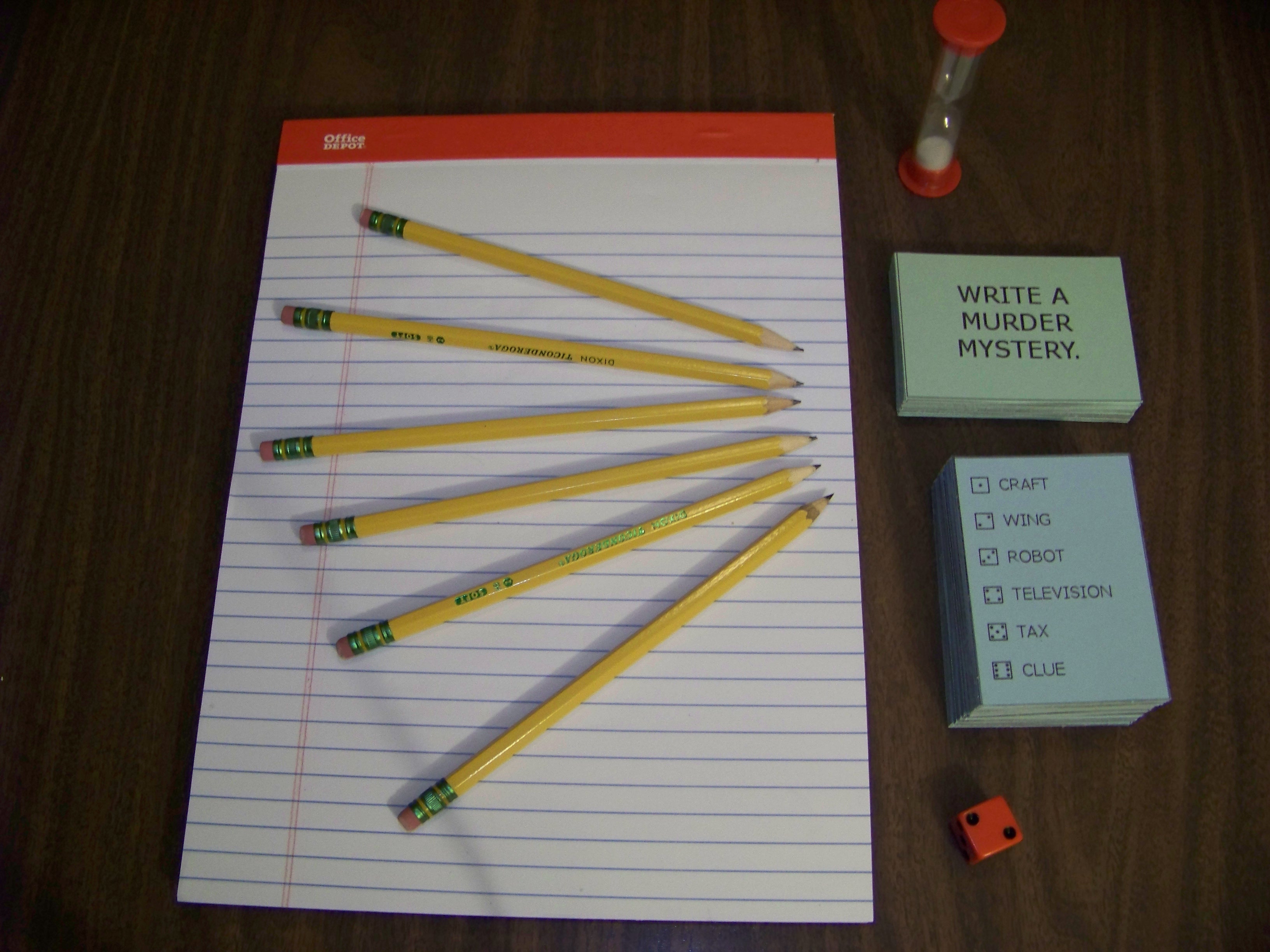 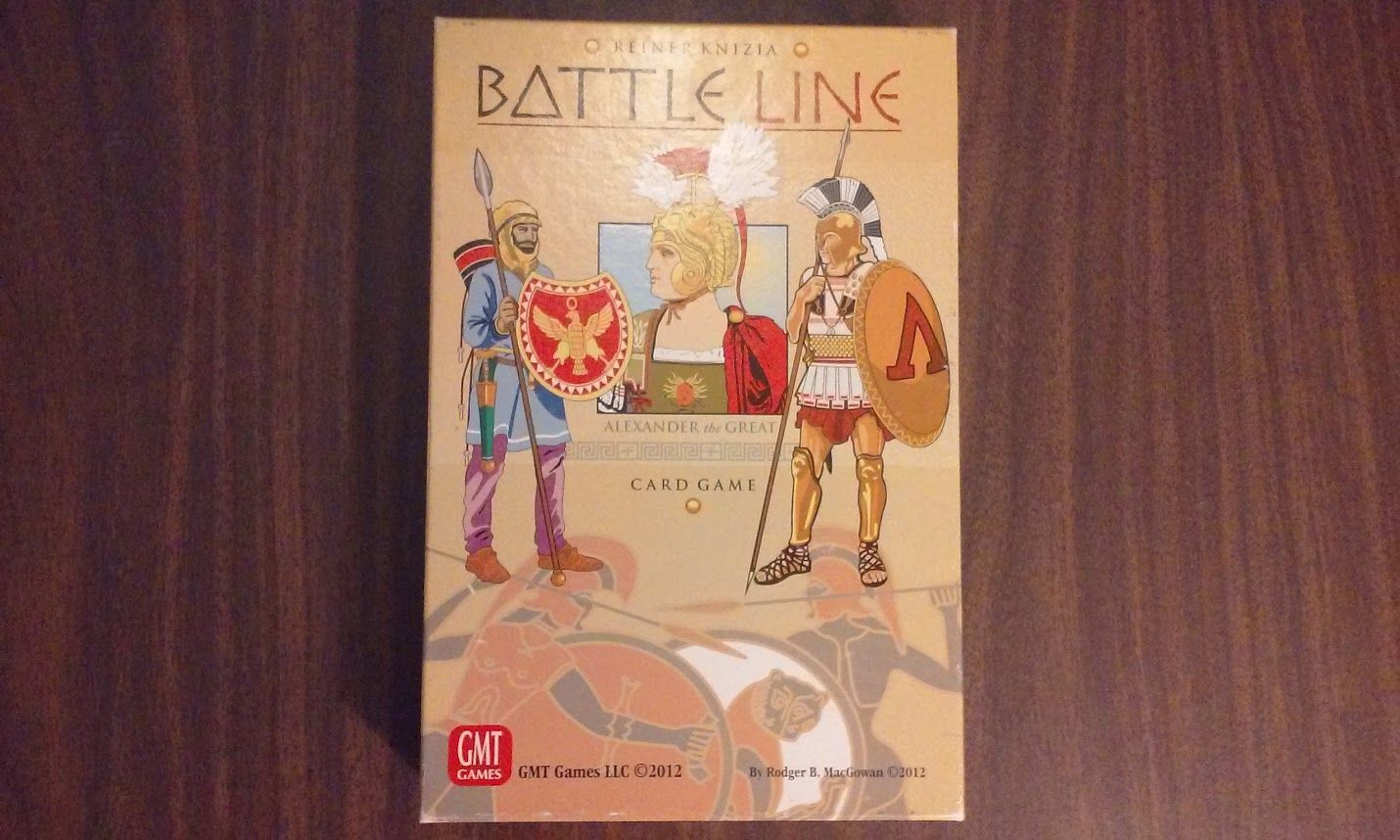 I just need to draw this one card.....Dang. I'll get it next time for sure though.